Last time my year-end round-up focused on what HD remakes I had played that year. For me 2014 was more about replaying new versions of old games I played either as a kid or as a teenager. Fortunately I managed to play a grand total of FIVE games from 2015, four of them for PC.

Lucky for me, that means no picking and choosing but instead ranking very single game I played that released this year.

So let’s get it started already.

First things first—if you read my review, you know I don’t hate Gravity Ghost. Between the heartwarming/soul crushing story, art style, and relaxing gameplay, I loved the afternoon I spent with it. And by I loved the afternoon, I mean I laid on the floor crying with my dog after finishing.

I also want to make it clear it ranks over many games I played this year. It is only outranked by these.

This game is perfect for if you are stressed. The physics-based levels are not precise, but watching the swirls of the girl’s white hair and the colorful planets against the twinkling dark sky are entrancing.

The number of levels is perfect too. While so many games this year looked to pack in content of varying degrees of quality, Gravity Ghost curates its short levels down to roughly a hundred short experiences, never overstaying its welcome.

When looking back, I will remember 2015 as the year of the Witcher. Since the summer, I have played—and nearly completed—all three games in the series. This year I got invested in the characters, lore, and politics of Temeria and the Nilfgaardian empire.

So why number four?

Once again I enjoyed others more. Though I had fun the entire way through, the Witcher 3‘s main plot was not paced as well as its predecessors. Without spoiling anything, Witcher 3‘s second and third act could have easily been combined. Even more confusing, the first act somehow consisted of three separate story arcs. My English major sensibilities of the traditional dramatic structure and five acts plays are seriously shaken by this.

With a game that takes a minimum of eighty hours to finish—and that’s with barely exploring the map—it must have a logical pacing to propel the player forward. So while I enjoyed nearly everything about it, the way it drug on in the second half killed it for me.

Also I am an insensitive prick with no understanding of human emotion who ended up alone despite romancing Triss for three games straight.

The one title not on PC, but it released this year in North America and took up a lot of time.

Fun story first: Over the summer, I was visiting my parents with my then seven month old and newly adopted puppy Remy, I was running errands and didn’t have his kennel with me, so I left him in my childhood room alone for a couple hours without thinking about the 3DS I left on the charger.

I came back to find carnage. Remy ate the charger first, pulling the 3DS free in the process. Then he pulled my Monster Hunter 4 Ultimate cartridge free and chewed it to bits. Then he spent the rest of his time nibbling at the plastic around the game slot.

And that’s how my dog killed more monsters in two hours than I did in a hundred.

Anyway this was my first Monster Hunter game, and it was the perfect place to start. Whenever in combat, I rarely think strategically, but Monster Hunter 4 Ultimate forced me to. Every weapon and monster means you must fight a different way, and if you aren’t efficient and don’t focus on offense and defense, you will just die. It was a great game and a learning experience.

Now my boyfriend always complains that I refuse to play multiplayer, I might have to soon. Since getting my new copy, I have yet to hunt a single monster.

One of my top choices for superpowers is to parkour like runners in Mirror’s Edge or, in this case, Dying Light.

As my first zombie game, it did not disappoint, but the movement system is what won me over. The closest I will ever come to flying is scaling city buildings in record time using my brute strength.

What I appreciated most was how well the game rationalized its apocalypse:

Basically it wins the logic versus mechanics award of the year, and in a medium where you must suspend your disbelief and more than I wish, I appreciate the sense Dying Light makes.

And the winner is… 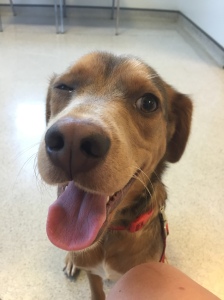 And I know, I know. I chose an indie darling. Sue me.

But don’t because I’m super broke.

Her Story has stuck with me. I still vividly remember when and where I was when I played it on release after counting down the days until its release. My nana had died the week before, and I was at my boyfriend’s parent’s house in their living room alone. I sat at their table, pretending I was a detective.

It wins the award for being the only game I played by myself this year without Netflix playing in the background.

If you argue it’s not a game, you’re silly because it has a clear win state and a database to complete. But honestly, I also appreciate pleasant discourse, so feel free to comment what you think.

I love its disjointed narrative and how what it’s about is still debated to this day.

I love the slow reveal of who you’re playing as in the game.

I love the silly nineties desktop user interface, complete with the glare that comes from the old rounded monitors.

I love how something so simple conceptually could feel so big to me.

I love it all.